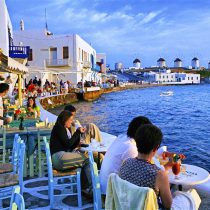 Mykonos Chora is the main town, the capital and the port of the island. It is not an exaggeration to say that it is the most beautiful Chora in Cyclades. Traditional architecture, Cycladic white houses with blue windows and numerous marrow streets with every shop you can imagine. Walking around Matogiannia is a true summer experience that you cannot find on any other island. Cafes, bar, restaurants, souvenir shops and haute-couture are around you, and it is really difficult to choose the best place. 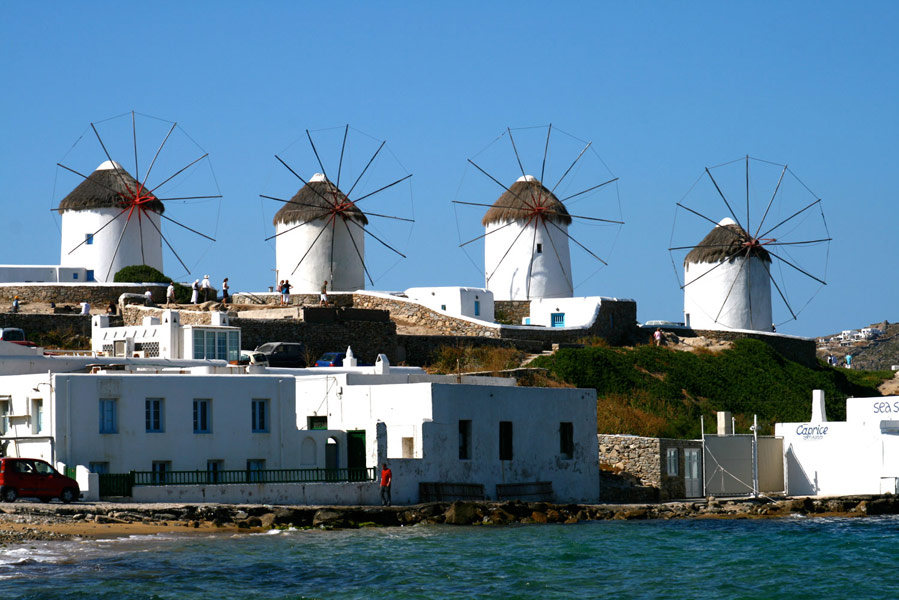 Little Venice is considered one of the most romantic spots on the island and many people gather here to see the sunset. These fishing houses line, the waterfront with their balconies hanging over the sea. Can you imagine a better location to drink your cocktail with your beloved one? In my opinion, Little Venice is also the best spot for your wedding in Mykonos, in one of the luxury restaurants of the area. 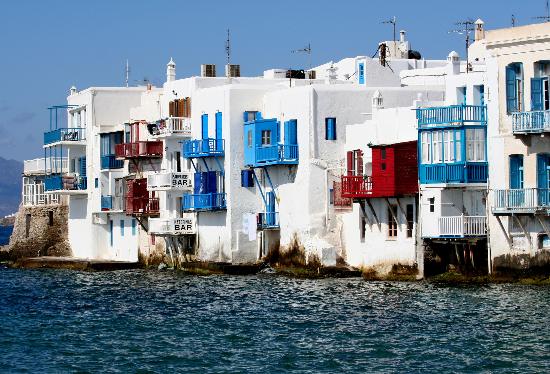 The hill with the traditional windmills above Chora provides a breathtaking view. These windmills have been restored and have become the trademark of the island, where many travellers take photos of the amazing scenery. 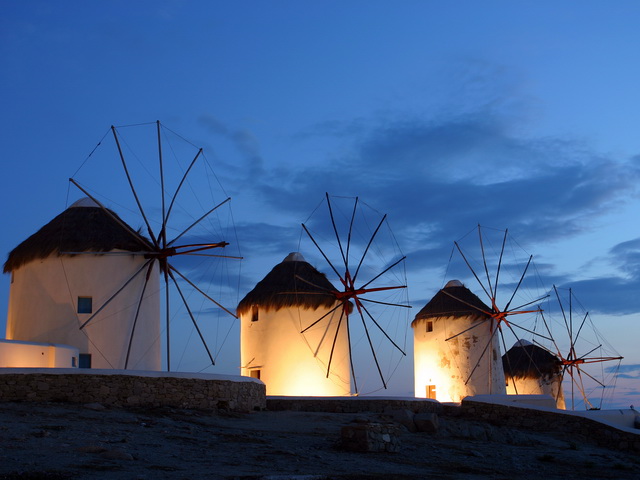 Peter the Pelican is the mascot of Mykonos. A few decades ago, a fish man took care of a wounded pelican that surprisingly, when he was cured, didn’t leave the man, who saved him and called him Peter. Although this pelican has passed away, today, there are many pelicans walking around the paved paths of Chora with the same name. 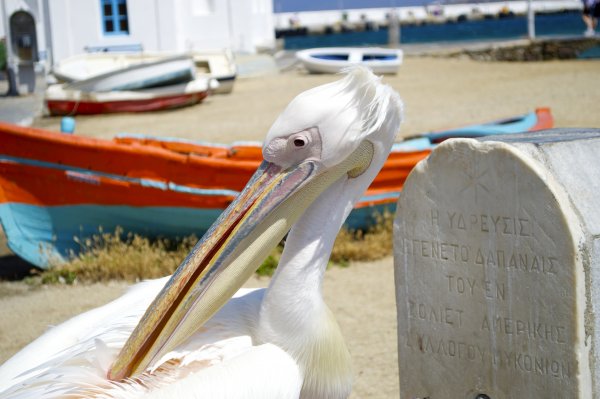 Delos is a small island, which can be reached by boat from Mykonos Port within 20 minutes. It was a sacred island for the ancient Greeks, as, according to the myth, God Apollo, the God of Sun, was born there. The archaeological findings of Delos are important and have been declared as World Heritage Site, protected by UNESCO. 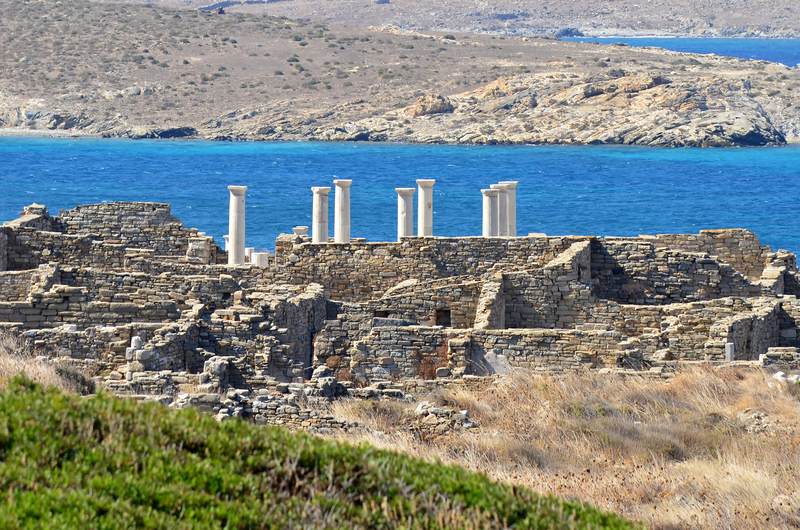 The nightlife of Mykonos is famous all over the world. Bars, luxury restaurants, beach bars and clubs are everywhere in Chora and on every beach of the island. Day doesn’t begin before 12 o’clock, and night ends only when the young people want to go on the beach. The whole island is a huge party and the fun is endless. 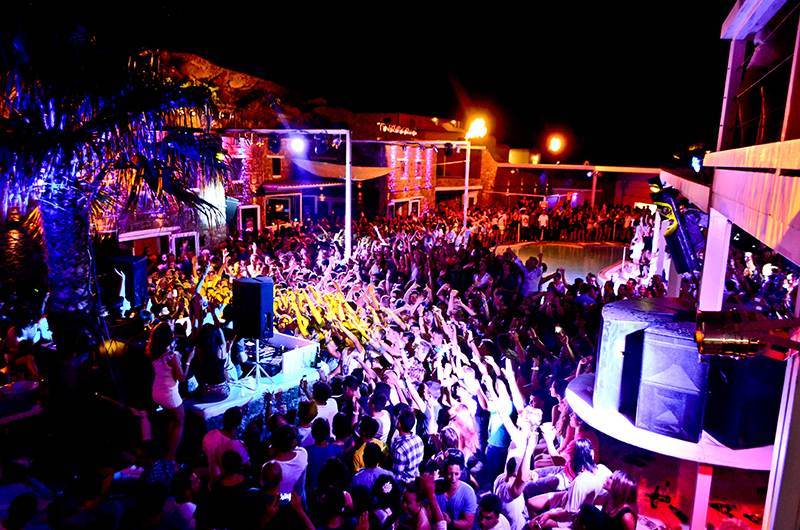 The beaches of Mykonos are amazing. Long and sandy, surrounded by a beautiful landscape with turquoise waters offer you the opportunity to feel the authentic Greek summer. All of them are organised, with sunbeds, hotels, restaurants, beach bars and other tourist facilities. Super Paradise, Paradise, Kalafatis, Elia, Paraga, Psarrou, Kalo Livadi and Platis Gialos are only some of the numerous wonderful beaches that worth a visit. 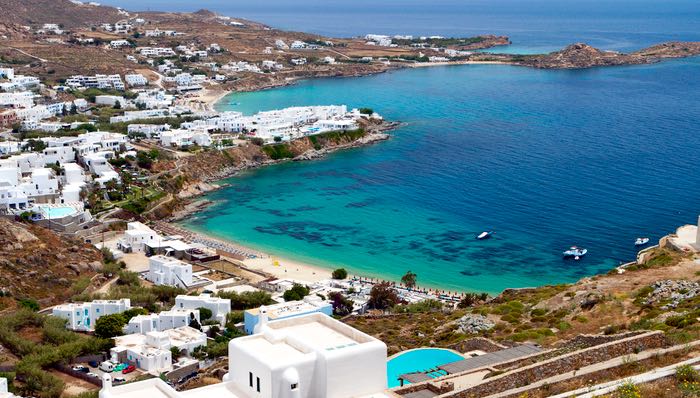 Read more about Mykonos, at the official website of Mykonos.